I've been busy with work, and my new second job making dog tags. It's superfun, and I think we're in the black finally... so that's good.

But in the meantime, we've been waiting for a decision on... oh... anything. Remember?

Just tonight, Jed got an email from the Maine/Vermont rep that he is scoping out to replace. We're planning a work/exploratory trip in early May to Portland ME and parts of New Hampshire, and the Rep emailed Jed to see if he'd like to meet up for lunch sometime. And then tonight, he emailed ALLUDING that he knew that the Manager had talked to him about the opportunity, confirming that he would be retiring, and wanted to talk to Jed further. He said that the area was wonderful to work and live, that the territory was 'tough' as far as Sales... So we'll see what that means...

So the little door that creaked open and then gathered dust has now been pushed open just a little further.

Ps. Thought I'd post some pics of my little workspace here. It's become my little second office. :) 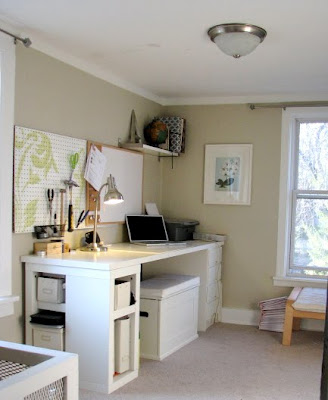 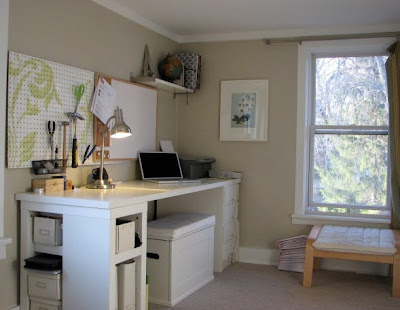 I feel like I've been writing in half sentences... these weeks have been cobbled together with little flurries of activity and lots of waiting...


A few things... this site isn't updating on other sites. I'm aware. And I'm not sure why. It coincided with the time I put the lockdown, so I'm wondering if I messed with the site feed? I tried to fix it a few times unsuccessfully.


So, I started to put together this site over at Wordpress due to it's bolder, better blog offerings. I started the data migration and got sidetracked. A few times. I'll keep you posted, but don't hold your breath.


Dog tags. Are coming out my ears. I've had 27 sales so far in my month in business, and it's been nutty: I've gone back and forth with an Interior Designer in West! Hollywood!  about *exactly* where he'd like his dog's name stamped on a 1-inch circle tag. Think of the possibilities: Center? Center right? Left bottom...? Decisions Decisions...


I've come across weird names: Sir Edward Kinney the 1st. And Bump. Seriously -- it's been a learning process. And a time consuming one too. I get home, eat.... take a deep breath and head upstairs to do tags. I'll work on them for a good 2 hours (mas or menos) depending on orders. And that runs up just shy of bedtime. But I'm not complaining-- it's fine, it's fun, and I really like the accomplishment part. It's like my job in fast forward, and I like that. But the part I really like is the creating part (which I usually do on the weekends, when I get nice daylight to photograph.) I really need to start doing more ready-to-sell stuff, but I'm finding that doesn't sell nearly as well as the custom stuff.


So I just knocked out four tags tonight, and I'm taking a break. The orders are going to have to wait until my shipment of new nickel discs comes in-- I'm out.


And the dogs are better. Poppy has dropped .6 pounds in the past two weeks, and she's done with her course of antibiotics. I also bought her some pup aspirin and have given it to her twice when the days swung from chilly to warm... and damp the whole time... I think she has arthritis. And poor body image. But she's perking up.


Jed's dad is really doing no better. So we just wait- give it time for him to potentially show signs of reaction, signs of consciousness. He'll be moved from the ICU shortly and will call a hospital home, complete with breathing and feeding tubes, until further notice.


And our jobs. That's another point of tireless waiting. I'm waiting on Jed's job... he's waiting on the outcome of other people's jobs... and life has just pushed the big fat PAUSE button on our lives.


Until then... can I interest you in a lovely dog tag?